This is the first edition of CCD Links It Up of the New year and as usual it is packed full of page hopping goodness. We got an upcoming CCD Meetup/Mike D birthday outing involving cereal, 80's cartoons, and booze on the big screen... yeah, I just typed that! We got a Top 10 list of the best films of 2012 from Roger Ebert, and like him or not the guys is the defining movie critic of a generation. Need a way to spend those holiday gift cards? We got some suggestions for you. Plus some bonus boobies and much, much more.... what are you waiting for? Get on after it by clicking on the links after the jump...

1) Nitehawk Cinema is one of the coolest movie theaters I have ever been to. Since we NYers don't have an Alamo Drafthouse to go to yet (soon... 2015!), Nitehawk is a pleasant surprise that I stumbled upon doing things similar to what they do at Alamo Drafthouse. They serve drinks and food throughout the films via waitress service, and their menu is outrageous. One of the upcoming events that they have on the agenda is Spoons, Toons and Booze. They are pairing a free cereal bar, tons of 80's cartoons, and a full complement booze for a multi hour marathon on the big screen. I have decided to use this cool ass event as a CCD meetup/birthday get together on Saturday January 19th at noon. Here is the link to the Facebook page and here is the link to official Nitehawk page to order tickets. It is first come first serve tickets, so order ahead of time because they might sell out ahead of time. Come on down!!!!!

2) Here is Roger Ebert's Top Ten Films of 2012. Not a lot of surprises on here (his #4 pick was a bit bizarre for me), but one thing stuck out to me. He named 15 'almost' movies after the Top 10, and Django was not on the list. nor was The Hobbit. Now I can see why these wouldn't make EVERY BODIES Top Ten, but they should have cracked the Top 25, no?

3) ThinkGeek is having a massive 75% off Post holiday Sale that is featuring some cool ass items. Sean Hartter is also selling 11 x 17 prints for 3 for $26 bucks. That is a great price and you can order ANYTHING he has on his website. And Tommy Lombardozzi has some killer artwork as well for sale over at his site... go order some stuff ASAP!!!

4) And now for the BOOBIES!!!! Beer Mug Sports is starting the New Year off right by naming model Kristen DeLuca the beer Mug Girl of the Month. She has boobs, a butt and a face worthy of the title. Enjoy more pics here, and these two are just a bonus... 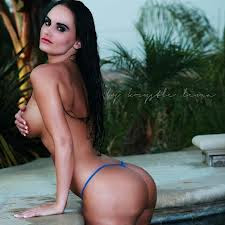 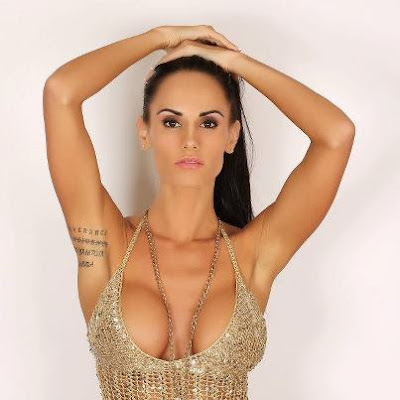 5) We know what movies made booku bucks in 2012, but what were the LOWEST grossing movies of 2012? Slashfilm takes a look at the worst performers of the year...