Batman is dominating the Net after the launch of The Dark Knight Rises and there are some really cool things floating around out there based on the character. In my perusing of various webpages I came across these awesome drawings by artist Julian Birchman on his blog Sitting Too Close. Julian uses a painting style very similar to the classic New Yorker Magazine cartoons look in his work, and he has two excellent ones featuring memorable scenes from Nolan's recently released third Batman opus. The first one is from the part where Bane unmasks the Bat, and the second comes from their awesome rematch fight set among the police officer/people's army rebellion at the end of the film. Check out more of his awesome here and check out the Bat photos after the jump... 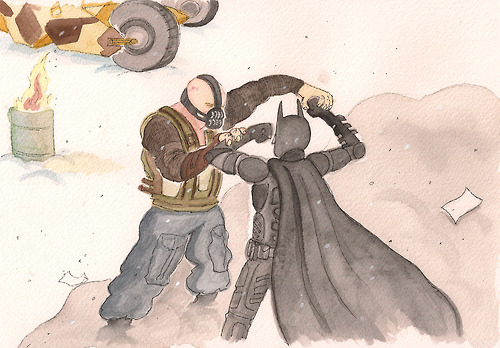 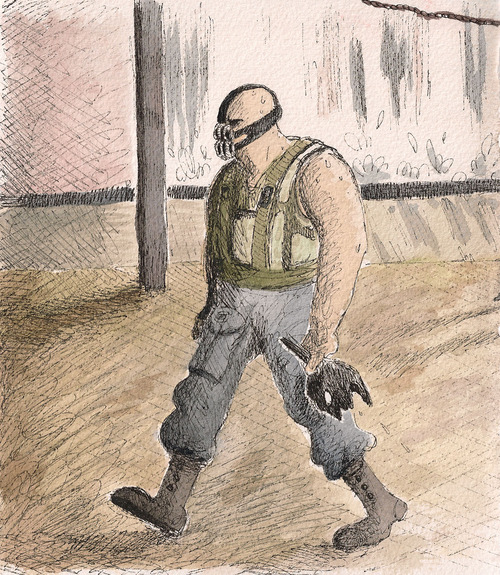