Check Out The Trailer & Poster For 'Bindlestiffs', The First Movie From Kevin Smith's Smodcast Pictures

When I had the chance to attend Kevin Smith's live tour of Red State it was a bitterweet moment. I love Kevin Smith films, and during the Q & A for that show Kevin confirmed that he would absolutely be finishing up his directing career with "Goon", his upcoming hockey movie. He said that he would stay active in the industry as a producer & a podcaster, but that getting behind the camera was just over for him. That bummed me out... but then I thought about the prospects of Smith as a producer. As a producer Smith could help to get projects greenlit & distributed for up & coming talents. That is what he promised to do with his Smodcast Pictures. So the time has finally come for their first release, and boy does this one look like a jackpot in the vein of Smith himself. 'Bindlestiffs' is the story of three young kids who decided to rebel from their high school lives & hit the rode to try and live out the events of "'The Catcher In The Rye'. The film has received some buzz for taking down the grand prize at 2012 Slamdance Film Festival, and now the full trailer has been released complete with an introduction by Smith himself. Check out the trailer & full poster after the jump...


And here is the poster: 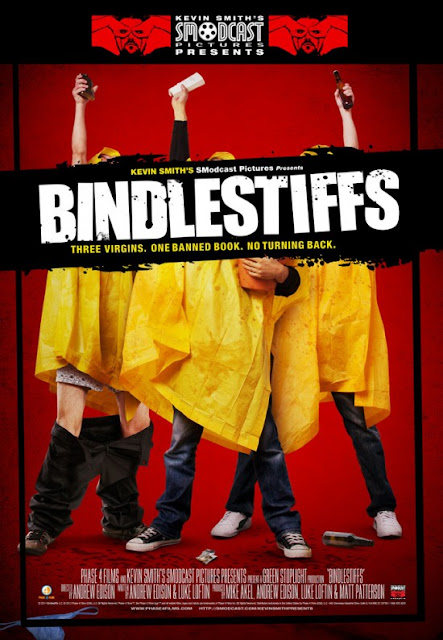