Adventure Time by No Sleep Jinx

Cartoons nowadays don't have shit on the cartoons of the 80's... I'm not trying to be a curmudgeon or anything like that, but it is just true. The recent generation (post 2000) of cartoons have been lacking in originality and fun, but as in any case there are exceptions to the rule. Adventure Time with Finn & Jake happens to be one of those exceptions. It is a great show that has just started it's fourth season and hearkens back to the good ole days of 80's cartoon bliss. The animation is cool, the characters are fun, and it has just the right level of obnoxious humor and subliminal messaging that makes an adult feel OK about watching it. With over 100+ episodes in the books it is safe to say that Finn & Jake are going to be remembered for a long time. Check out artist Tara Billinger (NoSleepJinx on Deviant Art) as she takes on the crew, even including some of the extended characters from the show such as my personal fave The Ice King!!!! See the full size pic after the jump... 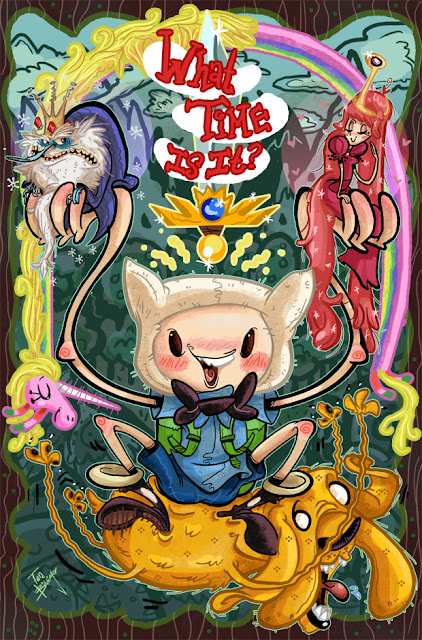