Mummy Came In My House

I am an absolute Monster Squad maniac. I still can't even really believe it exists as a movie. It was like someone scooped their hand into my little prepubescent mind and pulled out the most most fantastawesome mash-up movie imaginable. My father raised me on the Universal Monsters and the old Hal Roach studio films. And that right there is the brilliant premise; Our Gang meets the Universal Monsters. Click after the jump for much more Monster Squad filled fun...


I can still clearly remember the first time I heard about it. I was about 8 years old and my sister came to me and said, "hey you wanna go see Monster Squad" this weekend?"......I'm sorry what? Did you just say the words, "Monster Squad?" My mind started racing trying to piece together what that sentence could mean. I definitely was a fan of Monsters. And Squads while not generally at the forefront of my thoughts were certainly cool in their own right. I instantly pictured some sort of gang of monsters joining forces and sneaking around starting some shit. But certainly such a concept was ludicrous. 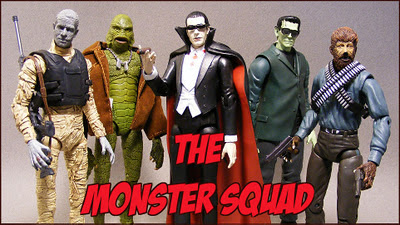 Mind you this was in the pre-internet days when a movie could sneak up on you with no warning. She explained the premise and I just stood there dumbfounded....."So let me get this straight, there's a movie, where all the famous monsters, even The Creature From The Black Lagoon, get together in modern times, to try to take over the world, and the only people who can stop them are this "Monster Squad" and this squad is comprised of little kids? I'm sorry WHAT?! Are you fucking kidding me!? Yes I want to see that movie you goddamn bitch!!!" This is all verbatim.

The movie totally delivered as well. As a kid you love seeing movies with kids in them. Kids a little older than you ideally. These kids were in junior high so it put me in the perfect age to be fantastically identifying with their characters. In retrospect it's amazing that the movie was made, due to the fairly mature themes and dialogue. The kids curse like crazy, people get killed left and right and Dracula straight up calls a 5 year girl a bitch! We never see that kind of content these days, with the recent "Super 8" being the closest in a long time.

Shane Black, who was the hottest screenwriter in Hollywood at the time, having just done Lethal Weapon, wrote the screenplay which blended comedy, horror, the mature and the emotional (don't even mention the part with Frankenstein and Phoebe.....I said DON'T mention IT) all in perfect balance. 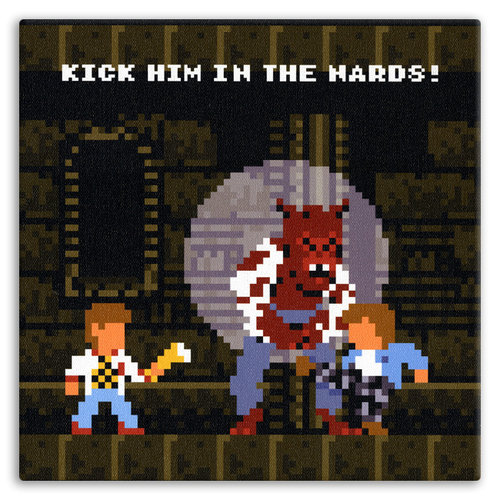 Stan Winston knocks it out of the park as usual with his creature designs. They are all A-class monsters, especially The Creature From The Black Lagoon (or Gillman as he's referred in this iteration). The original Creature design is one of my all time favorites, so the fact that Stan was able to update that design while still making the character identifiable is amazing. One of the best 'man in suit' designs ever. Originally the film was pitched and picked up by Universal Pictures, which meant they could use the classic, copy-written make up designs. From what I understand they were hard at work on updated versions of all the classic when the deal fell through for some reason. My guess is Universal was nervous about the subject matter in relation to kids, and they had their own intentions of rebooting their franchises. So as much as I love the movie, and the monsters in it, part of me always wonder what may have been if they full on used the original designs.

The movie is Directed by Fred Dekker, who also directed another 80's cult horror flick called "Night of the Creeps." Starring the incomparable genre actor Tom Atkins. The film was out of print for years, and I had a cherished VHS copy that I used to see go on ebay for like a hundred bucks. But thankfully the cult status finally caught up enough that we now have all kinds of quality home video releases.

ANYWAY the inspiration of this nostalgic ramble is that, recently a group of like minded fans put together a tribute to Mr Dekker and these two films in an event called "Monster Creeps." It was a huge event in California that had a number of activities, screened both films, had Fred Dekker in attendance and featured some really great custom artwork. You can read about the whole event in detail at their blog, but I wanted to share some of the cool art... 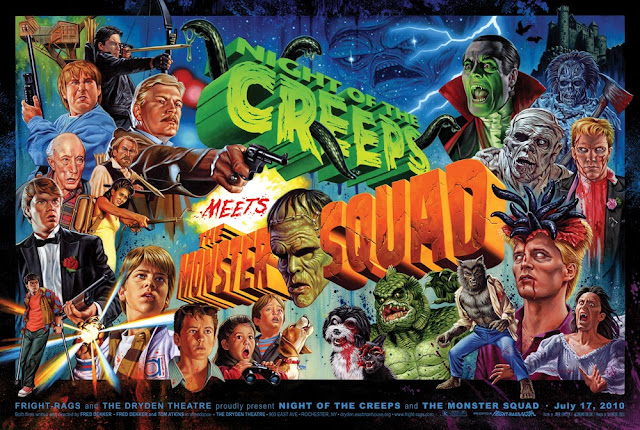 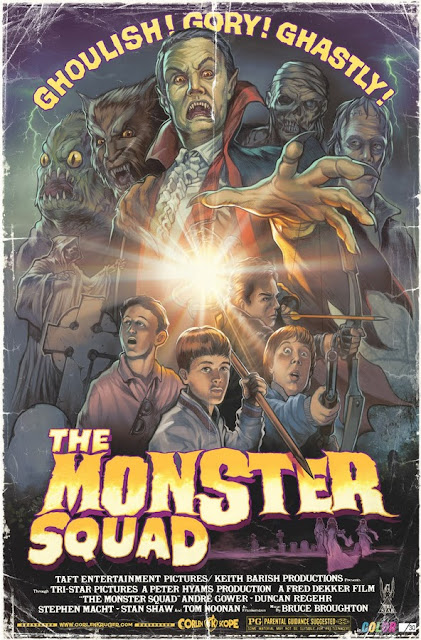 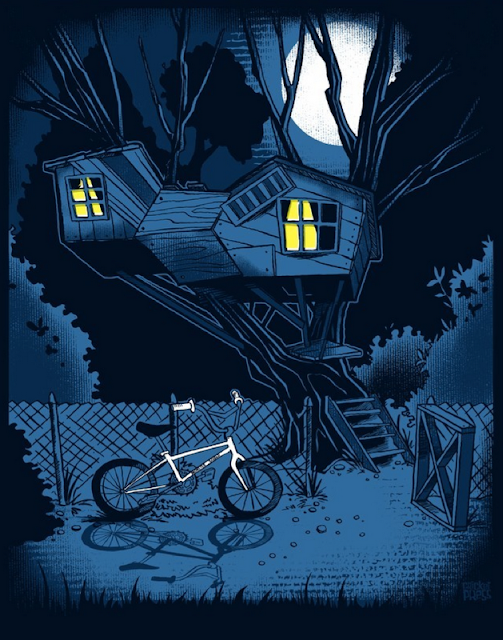 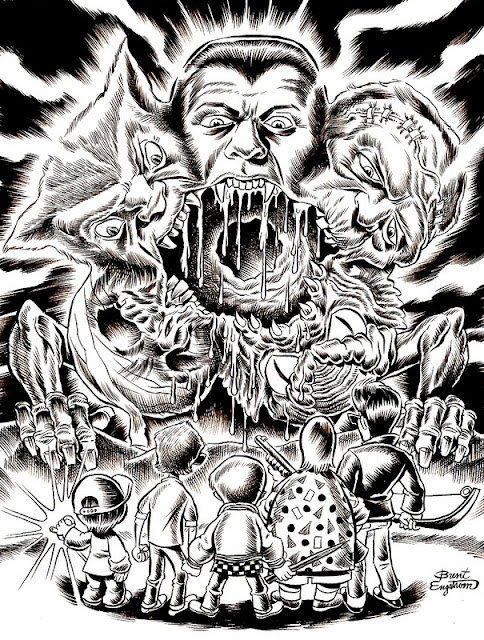 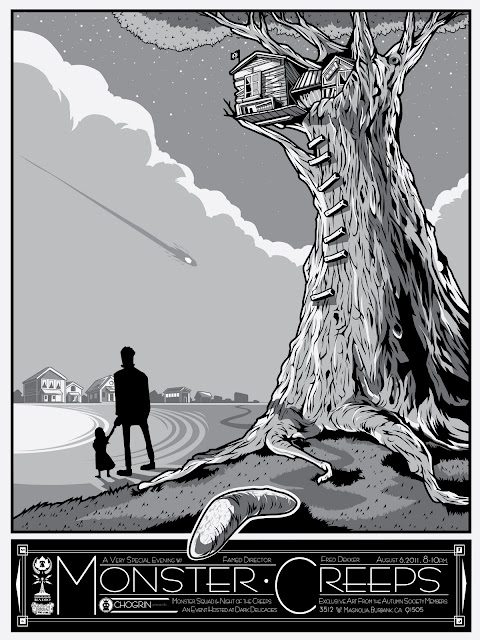