Now This Is A Sequel I Don't Have Any Problems With Whatsoever...

It has been quite a while (over 20 years actually) since Bill S. Preston, Esquire and Theodore "Ted" Logan graced the big screen on their epic Bogus Journey. For the last couple of years we have been getting some information in drips about a proposed third film in the franchise, most of that coming from Alex Winter (the guy who played Bill and has become a successful movie director).  Well know thanks to the Facebook page for the third film, we have a teaser poster. It is glorious.... see it in full size after the jump. 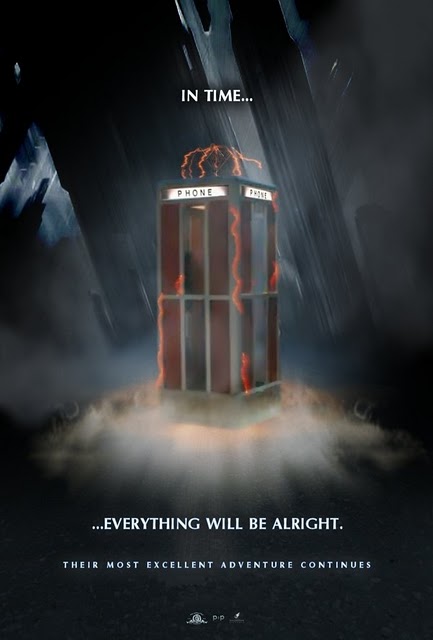 The synopsis sounds pretty cool as well. Here is what Winter had to say about the plot of the film:


"When we last go together, part of it was that Bill & Ted were supposed to have written the song that saved the world, and it hasn't happened... So they've now become kind of obsessed by trying to do that. Then there is the element of time and having to go back."

Sounds good to me... how about you guys? Tell me what you think of this proposed sequel in the comment section below. Thanks to my buddy Dave over at Exophrine for the tip.
Posted by Mike D. at 9:25 AM