Anthony Herrera, The Greatest Dad In The Galaxy...

I came across this cool ass story on a few of the websites that I read and felt it was my duty as an Awesome Blogger, Star Wars Geek, and Proud Parent to my own Star Wars fanatic to re-blog it. Anthony Herrera may be the coolest dad in the whole world for adding a Star Wars spin on his family vacation to Sequoia National Park to make his daughter happy. Vader should have been looking to this guy for the keys of being a good dad!!! Read the rest of this heartfelt story after the jump.


A year ago we took a trip to Sequoia National Park. I wanted to excite my daughter while being in such amazing surroundings. Being the Star Wars geek that I am (so is she), I told her that this is where the Ewoks live. She spent a good chuck of our time hiking keeping a lookout for any Ewoks. Coming home I can't say that she wasn't disappointed that we didn't find any. I had to explain that they are extremely shy and hardly ever let anyone see them. After we got home, and after I had a little time alone with the photos, I told her I thought I saw something strange in a few pictures. We viewed them on the TV to get a larger image. You can imagine how surprised and excited she was when we discovered that we didn't see any Ewoks, but they saw us, and had certainly taken an interest in her and her little brother. Maybe I'm a little wrong for lying to her and falsifying the pictures, but I don't care. She'll never forget the time she spent in the big woods with Ewoks.

Now that is some great stuff right there... unreal. Here are the pics he posted on his site. Great job Ant... you make fellow Geek Dads like me extremely proud!!! 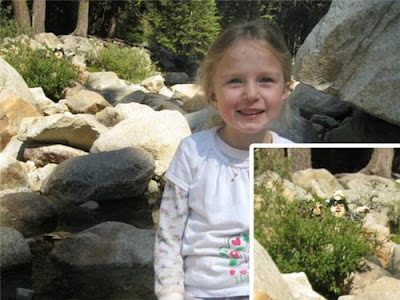 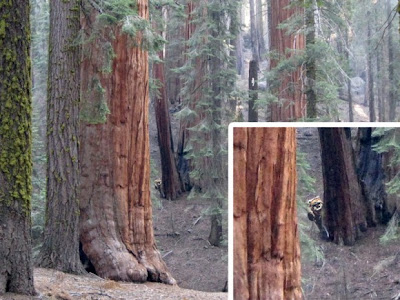 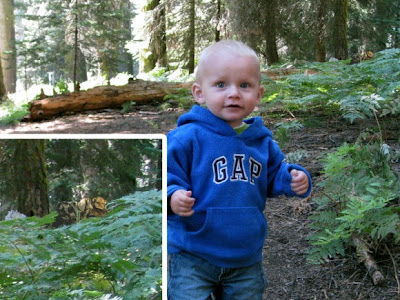 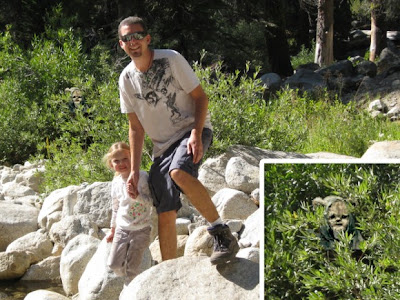