The Genius Of Ray Harryhausen 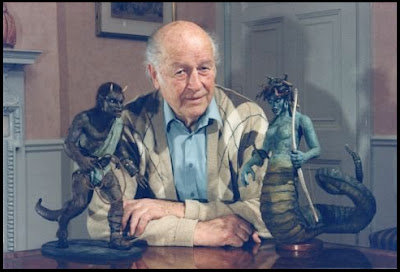 I have always been a huge fan of Ray Harryhausen's stop motion monsters. Some of my earliest versions of dinosaurs, monsters, and aliens came from watching films that featured  Harryhausen's creations. Clash of the Titans and The 7th Voyage of Sinbad are some of my favorite movies ever. When I was over on my boy Cal's awesome Cave of Cool blog I saw this clip featuring all the creatures Harryhausen created over his interesting career and I just new that I had to feature it. Thanks for the memories Ray. You made these impossible characters a reality long before CGI was a thought. 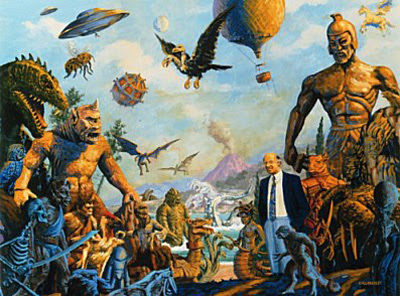