I Got To Meet One Of My Film Idols Last Night.... Lloyd Kaufman!!!


Last night, me and my boy wonder Jeff Bond wandered over to Downtown Brooklyn to the ReRun theater. If you haven't been to ReRun theater, you are missing out. Fellow film fanatic and curator of ReRun Aaron Hillis does a great job choosing some well balanced choices of films that he screens there. He mixes obscure indie releases with cult classics and film gems that make for an awesome overall experience. Plus there is gourmet food and liquor.... yup, ReRun rocks! 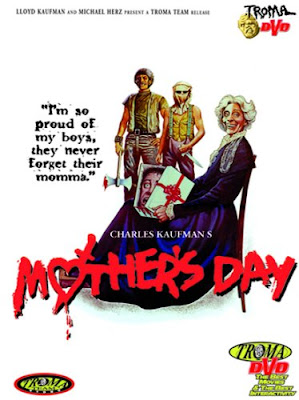 Anyway, last night ReRun hosted the 1st EVER public screening of the Troma classic 'Mother's Day' on Blu Ray. If you have never seen this kooky 80's horror flick, get to it immediately (its on Netflix Instant Streaming!!!). It is one of the best films to come out of the Troma stable... but that isn't saying much since Troma has built a reputation for being the #1 creator of "Schlock Cinema". I love all of their films, no matter how weird they are. My favorite horror film of all time is a Troma flick, the masterpiece that is 'Bloodsucking Freaks'. I heard the man behind the Troma empire,  Lloyd Kaufman, was going to be at ReRun last night. I have admired this man for over 20 years, so I had to go meet the man behind 'The Toxic Avenger' and 'Sgt. Kabukiman'. I was not disappointed. 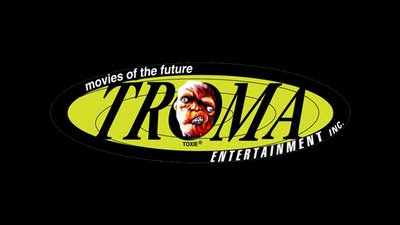 Kaufman held court before the movie started, taking pictures and signing autographs in his own kooky way. You gotta love a legend of indie cinema who takes the time to line people up in the right order to make the pictures balanced and looking better. He also makes an hysterical face in every photo, which is awesome. He took the time to chat with anyone who wanted to talk, and if you purchased any of the Troma merchandise he would personalize it ..no prob. I brought my coveted 'Bloodsucking Freaks' DVD with me in the hope he would sign it. He did... with MY SHARPIE! Apparently Kaufman was Sharpie-less, and used my Sharpie to sign his autograph to mine....everyone else's merchandise. he kept thanking me for bailing him out and lending him the marker, and he assured me he would return it later. He lied... he kept it!!! No prob, because the guy was just so friendly and cool.

Before the film started he stepped in to help out Aaron, who was fixing the projector, by chatting up the crowd in an impromptu Q&A. His self deprecating humor and constant insults of his own movies made the conversation humorous and I feel lucky to have been privy to it. He narrated a commercial for his book 'Make Your Own Damn Movie' starring the very sexy Goddess Shea (who was in attendance and HOT!!!) and the preview of 'Father's Day' (which we just covered on CCD a few days back) The screening of 'Mothers Day' was great, and we stayed after for a screening of the Spanish indie thriller 'Kidnapped' (which was intense and I highly recommend!!!). All-in-all a great night. I met one of my idols last night. I got my favorite horror DVD signed. I am a happy horror film geek today. Thank you Aaron for an awesome evening and Thanks Lloyd... your the best!