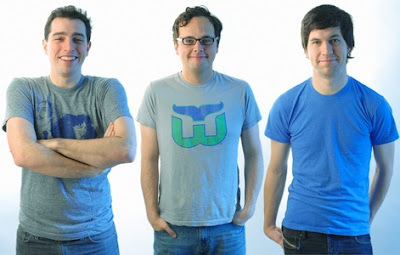 There has been some buzz around the net that there is a sequel in the works for one of the greatest teenage movies ever, Ferris Bueller's Day Off. The John Hughes classic should never be touched and must avoid the remake/sequel trend that we are going through right now. I really don't want to see a 50 year old Inspector Gadg... er, I mean Matthew Broderick, running around getting into mischief. That magic can't be duplicated it again.


With that being said, this skit from comedy troupe Sidecar Comedy shows us exactly what a day in the life of Mr. Bueller would be like 25 years since his reign over Chicago. This is a much more realistic look at what he would probably be going through. Pretty funny stuff: