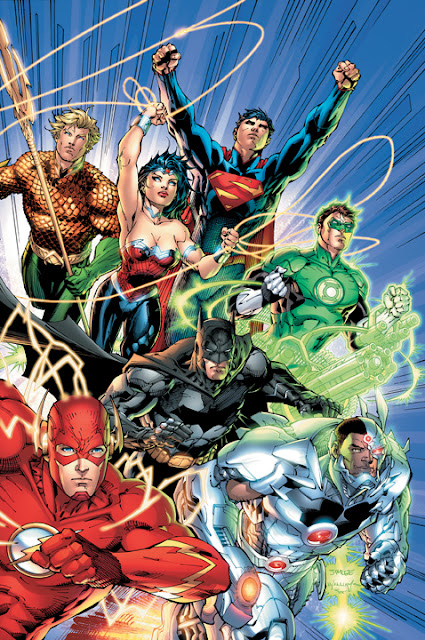 Hey everybody. As you may or may not have heard, come September, DC will be “rebooting” it’s continuity. I put that in quotations because it’s not really a reboot, but it’s the generally accepted term to describe what’s happening. Basically, every title is being scaled back to #1 and will be a jumping on point for new readers. They will not be origin stories for the most part, just stories that fill readers in as if they were reading them for the first time. That being said, there is many things being changed, added, and taken away, like any giant event. Here’s my analysis on the Good and the Bad.
The Good
1-    People who have fallen out of reading comics can start back up again without worrying about buying massive amount of books. “You know, I used to read Batman when I was younger, but I fell out of it and haven’t been able to get back into it.” Have no fear, this whole thing is directed towards people like you. Go out and start supporting again!
2-
Vertigo characters have been re-introduced into the DCU. Swamp Thing, John Constantine, etc., are all back and interacting with the superheroes on a daily basis. Many Vertigo readers are upset about this, but I have no problem with it. I’m interested to see how these characters are integrated, since I’m not very familiar with them.
3-      Some creative teams kick ass! I’m looking specifically at Kyle Higgins on Nightwing and Grant Morrison on Action Comics. I really look forward to seeing how both of those go. 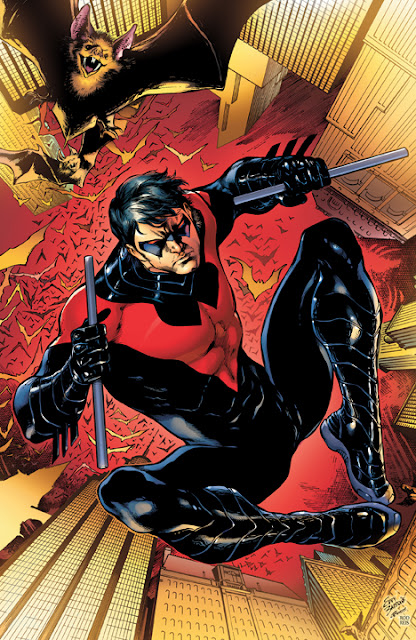 Well, that’s…about it for the good. Now onto the bad…
The Bad
1-      Good, GOD. Most of the creative teams are terrible. It’s the 90’s all over again. Let me put things in perspective…Rob Liefeld is drawing Hawk and Dove. ROB. LIEFELD. If you don’t know who that is, well, here’s a picture of Captain America he drew: 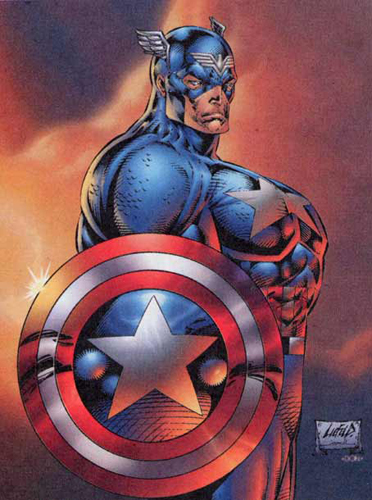 My, what a great artist. Notice how Cap’s…I actually can’t begin to make fun of this picture. There’s too much. Not to mention, many of DC’s talented writers (Judd Winick, Keith Giffen) are surprisingly lacking in the solicitations…but cheaper writers left over from 1997, like Scott Lobdell, are on like, 6 books. Which brings me to my next problem…
2-      The New Teen Titans book looks like the worst things to disgrace God’s green Earth. Check out these super  rad and x-treme new costumes: 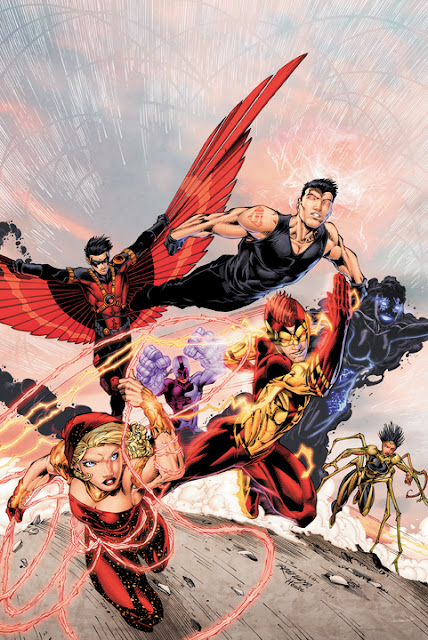 Oh yeah! Check that out! Robin covered in pouches? Check. Kid Flash with a Faux Hawk? Double Check. Wonder Girl being retconned as a “mysterious thief” (what?)? Check.   Superboy looks like his alter ego dances nights at a club in the Village. Oh and check out that awesome tattoo! He’s too badass to have an S on his chest. Totally appealing to the younger demographic. Right? Right?! Oh and we’ll throw in some sort of Witchblade-esque mysterious robot spider girl that looks like shes from Image, some smoke girl thing, and purple guy in the background. I’ll gladly eat my words if this book is good, but I don’t see that happening. (I must say, I don’t really mind Red Robin being able to fly…or his costume that much. If it were to be simplified a bit I think it’d be good.)
3-

T  There is no costume redesign that is an improvement. Let’s look, shall we.
Booster Gold, before reboot: 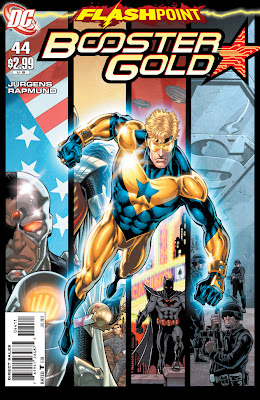 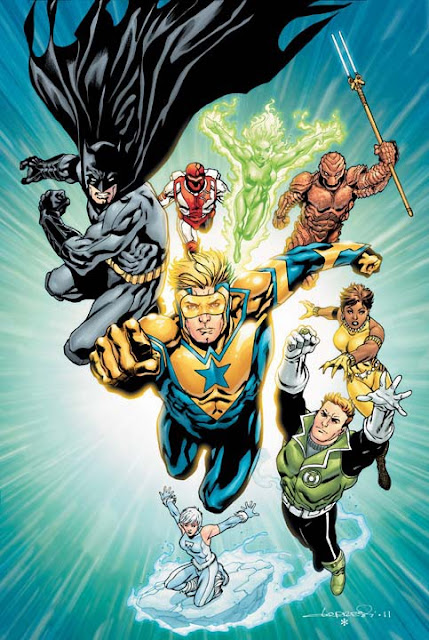 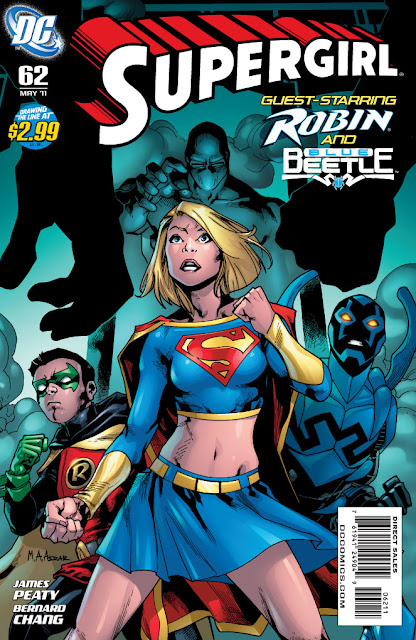 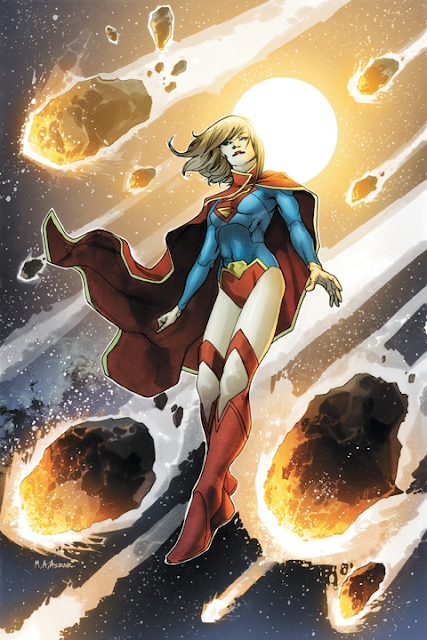 That’s just a small example. The only costume designs that are good are the ones that didn’t change much (Aquaman, Batman, Green Arrow). It looks like they’re trying to change for the sake of change. The problem is, so many things weren’t broke, but DC is still trying to fix them.


4-      Dick Grayson and Damian Wayne are no longer Batman and Robin. Their dynamic was one of the freshest things in comic books in a long time. It was new, it was exciting, it was everything DC is trying to do and failing with this reboot. And they’re getting rid of it. Dick Grayson is also going from having about 4-5 books to having only one: Nightwing.  Le sigh.


5-      Superman’s new costume deserved his own section apart from the rest. What do you think of when you think of Superman? Do you think of something iconic, never changing, a symbol for truth, justice, and the American way? Something like…this? 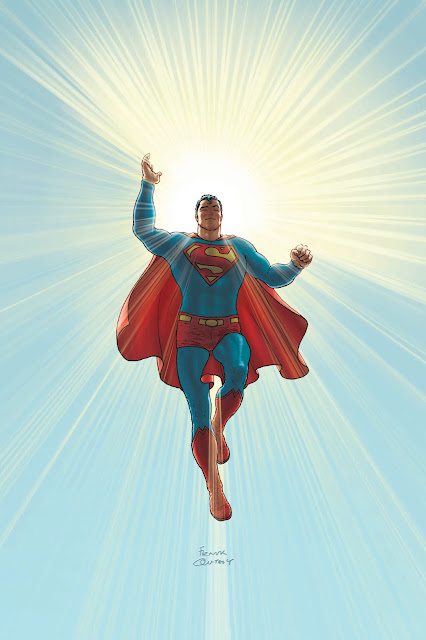 Well too bad! Nu-Superman is super edgy! Check it out! 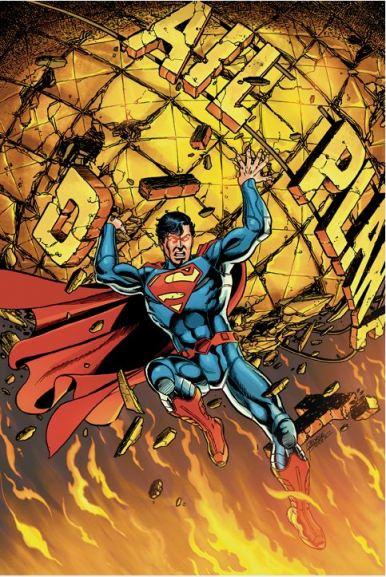 Alright alright, I can understand them getting rid of the underoos. Okay, fine, I get that. But what’s up with the books? And the kneepads? And the cybernetic forearms?! Why?!? It’s too complicated. At least George Perez is doing covers.
I could keep going. Basically, my verdict: I can’t say that it’s good or bad until these books come out. But, from what I’ve seen so far…I’m not liking it very much at all. There are some exceptions, but not many.  Click here for the full list of solicitations: