There have been tons of cast speculations, rumored stars attached, and typical internet nonsense associated with what is sure to be a tentpole movie franchise, The Hunger Games. Based on a trilogy of novels (The Hunger Games, Catching Fire, and Mockingjay) by Suzanne Collins and making its way to the big screen next year, everyone has been buzzing about this one. So why haven't I covered it here on CCD very much (if at all)? 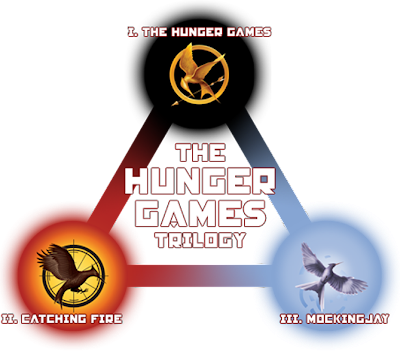 I haven't covered it because I hate the speculation game that the internet has become lately. They announce a movie and right away start attaching people to roles, bashing confirmed casting decisions, and criticizing something long before it even shoots in front of cameras. The tipping point for me was when they cast Andrew Garfield as the new Spiderman. People got mad at the casting and said dumb shit like he was to 'skinny' for the role. Wait... what? He is to skinny? He is playing a teenager, and the role was played by the elfish Tobey McGuire. Forget that Garfield is a proven actor who has had great performances... people wanted to bash the casting just to bash it. Since then I have made a concerted effort to steer clear of casting rumors and wait for concrete facts. In the case of The Hunger Games, we got that today.


Jennifer Lawrence will be portraying the star of the book, Katniss Everdeen, in the movie version. When she was cast, people immediately got pissy. They whined that she was to blonde, and to old, and this and that.... yet they failed to acknowledge one thing: Jennifer Lawrence is a hell of an actress that was NOMINATED FOR AN ACADEMY AWARD LAST YEAR (and she probably should have one)!!!! Honestly, how can this be a bad thing? I want a good actress for the role.... this is fine for me. Here she is on the cover of Entertainment Weekly in the role. Judge for yourself.


Now, here are my critiques. First of all, I HAVE read the books and I loved them. Katniss is one of the strongest female characters I have ever read in any book, ever. Collins wrote her in such a way that you go from loving her to hating her to loving her again faster then you can turn a page. I enjoyed the books immensely, and when they cast Jenny Lawrence I was really excited. She is really hot, but she can fucking act. Watch Winter's Bone. That movie will change your life. Lawrence was nothing short of spectacular in that film, and it was a similar character to Katniss. So I am all in on this one. I can't wait to see this film. If you are a real fan of these books, you would love this picture and love Jennifer as Katniss. Stop being trolls and think before you type.


As for the rest of you guys and gals out there, you have at least a year before the film hits. I suggest getting the three books as soon as possible. They are fun and will be great summer reading, and Suzanne Collins shows authors like Stephanie Meyer how its done. They are only around 450 pages a piece, so make sure you get to these... you will not be disappointed.
Posted by Mike D. at 11:58 AM