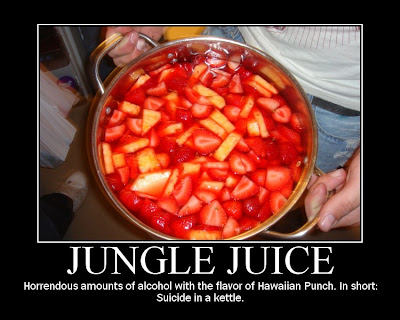 Ahhhh... 'Jungle Juice'. How do your friends make it? 'Jungle Juice' is the universal cocktail of mixed juice and various liquors (the shittier the liquor the better) combined in a large container to make something that doesn't always taste good but is sure to get you fucked up. Here is the official definition via Wiki:

"Jungle juice is the name given to a improvised mix of liquor that is usually served for group consumption. Most jungle juice mixtures contain large quantities of hard alcohol mixed with a variety of fruit juices."

Being that summer is right around the corner, I've got 'Jungle Juice' on the brain. I spent many a days hanging out at 207 Park in Howard Beach, NY or in Ft Lauderdale, Florida getting lit on this funky witches brew. My girlfriend Tara's friend Ginger introduced me to the Brooklyn version of 'Jungle Juice' which they call "Skip". The Brooklyn version mixes beer, vodka, and lemonade. Sounds like shit, but it tastes great! 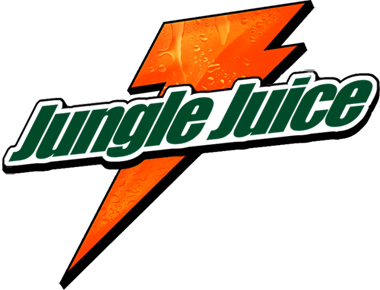 I'm a bit past the 'Jungle Juice' age now, but there is sure to be another generation of young bucks who don't really care what they are drinking and want the most bang for their buck... and there is no more potent combo for the money then Jungle Juice!!! Drink up....
Posted by Mike D. at 1:41 AM