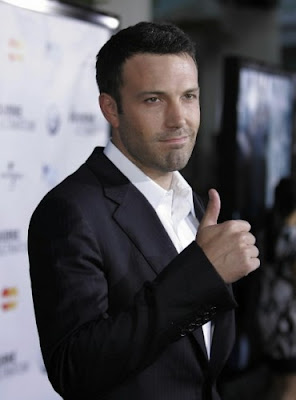 In a story over at /Film, it has been confirmed that Ben Affleck will both direct and star in 'Argo' as his follow up to last years sleeper hit 'The Town'. This doesn't seem like such a big deal, but if you consider these two reasons then you will see why I am so excited:
You can read the original article that appeared in Wired Magazine by Joshuah Bearman by clicking here. This shit sounds insane... here is a brief synopsis of what the movie is going to be about:


The story is a CIA rescue mission during the Iran Hostage Crisis, when six American embassy staff escaped the compound and were on the lam in Tehran for months — until the CIA rescued them by creating a fake Hollywood production company and pretended to be in Iran location scouting for a big-budget sci-fi epic. I swear, it’s all true. The CIA even got an office for their fake production company at Sunset/Gower studios, had a script and concept art, and took out ads in Variety. There are many more strange digressions in detail, but I’ll let you find out about them in the story.

Holy shit, that sounds awesome. The more Affleck takes on projects like The Town and things like this, the more Jay's assertion that he is the bomb rings true... even if Phantoms sucked donkey dick.
Posted by Mike D. at 4:33 AM