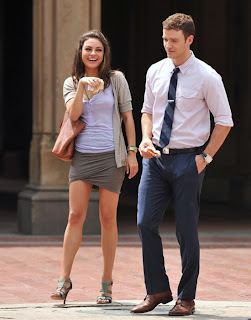 I know. You’re just as confused as I am, right? You’re sittin’ there in your little house dress.... scratchin’ your hairy chin and saying to yourself, “didn’t this movie come out already?!”

The really bizarre thing here will be that, regardless of this cinematic repeat parrot, chances are it will do annoyingly well at the box office. Presumably because (in my best cornish, Zoolander impression) of it’s really, really, ridiculously good looking leading starlets. Chicks also tend to eat this corny fake romance crap up while guys will tolerate it and go see it in hopes to get a sneak peak of Kunis’ snack sacks. 89.7% (yes this is an accurate figure!) of my male friends admitted to seeing Black Swan because they wanted to see Portman and Kunis dine out on each other. Not that there is anything wrong with this but…I’m sure you get my point.


Another thing that ruffles my feathers is that the additional talent that is involved in this movie is confusing to me. Woody Harrelson and Richard Jenkins? Who the hell convinced these “way too overqualified” people to add this tasteless crap to their resumes? Maybe I’ll consider the whole “they didn’t know a similar film was being made” excuse, which I really don’t believe either because everyone knows what everyone is doing in this business. Or they felt like “trying something different.” But really, all you need to see is Justin Timberlake being airlifted by a helicopter in a straight jacket to know that this movie is going to be an absolute waste of $12+ bucks. Too bad this shit isn’t being released on April Fool’s Day. Then I’d totally be in on the joke. 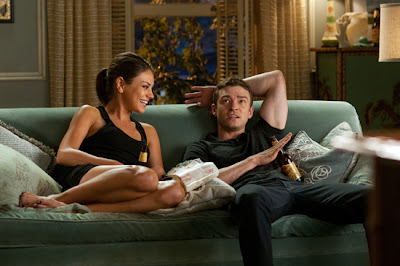