There And Back Again

It's been quite the long road for 'The Hobbit'. There have been rights issues, union disputes, and of course the bankruptcy of one of the biggest movie studios in the world. It got so confusing, that even star Ian McKellen didn't have all the delays sorted out and showed up 5 weeks early. I guess sometimes a wizard is late eh? And there was of course the big Director switcheroo.

Part of me is is definitely disappointed that I won't get to see Guillermo Del Toro's version of Middle Earth, but he has like 9000 other projects that I'm salivating for as well so he's got plenty to keep himself busy.

In the end though, it makes sense that Peter Jackson is back in charge. He did such an excellent job with the trilogy why not have him finish (or begin) the story. It's hard to believe it's been 10 years since Fellowship of the Ring came out, but here we are and the cameras are about to roll on the 2 part movie version of "The Hobbit."

A few pics came out of Mr. Jackson relaxing in Bag End. 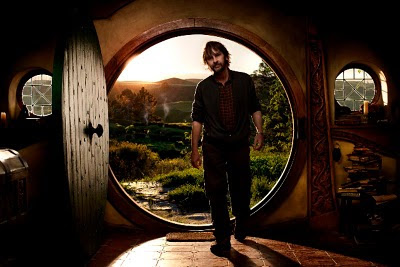 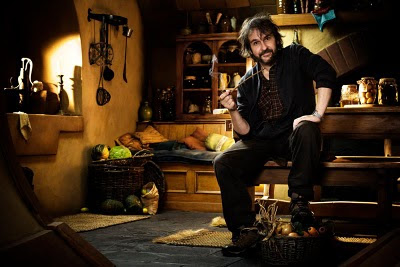 It's got to be pretty surreal for him being back in The Shire. He's come a long way, made some more movies, won some Oscar's, and lost about a person's worth of weight. 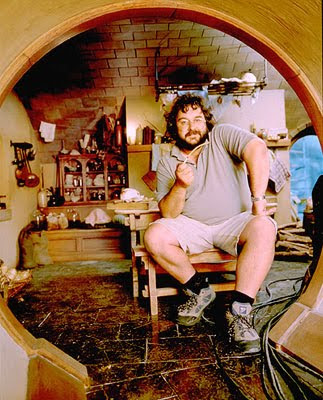 A lot of things have changed since the trilogy came out. Much of that as a result of the films themselves. The trilogy showed there was a market for the fantasy genre and they've been cranking out the films ever since. Can Jackson and some hairy footed folk cause lightning to strike twice? I can't wait to find out.