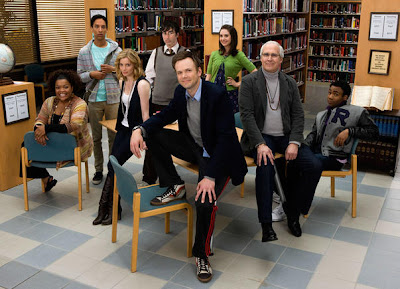 I have been waiting to see just what all our favorite Island dwellers would be getting into following the end of one of my all time favorite shows, 'Lost' (Stop crying Jeff... its OK). So far things have been quiet amongst the Losties. Lots of rumors of new shows and movies, but not much actually hitting the airwaves. Well, that's about to change... at least for everybody's favorite nickname-bestowing, island-bound, wise-ass, Sawyer. Josh Holloway is about to guest star on the season finale of 'Community' (Jeff, its OK... put down the noisemakers!!!).  The finale is to air in May and I, for one, have my interest peaked. 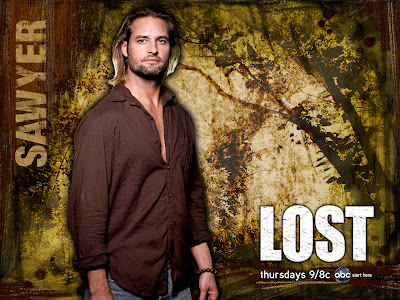 I will admit that I do not watch 'Community'. I just didn't start watching it when it came out, and then I was so far behind that I never started it. I hear its wonderful... one of the most talked about shows on TV. A few of my close friends watch it and swear by it. It seems to be a geeks dream comedy. I have heard of the zombie themed Halloween show, the 'Dungeon's & Dragons' episode, and the stop animation Christmas episode that looked to be wonderful.... and now they get Sawyer!!!! It's official, I am going to try my best to catch up with this show before the finale airs later this Spring. Do you guys watch 'Community'? Should I give it a start? Do you think Holloway will be a good fit with Joe McHale, Chevy Chase & the crew? Tell us in the comment section below.
Posted by Mike D. at 7:48 AM