"Batman: Arkham Asylum" was my 2009 game of the year, and the best superhero game ever. The sequel has been highly anticipated ever since it was first teased at the Spike VGA awards in late '09. After a few more previews including the confirmation of Hugo Strange as the big bad, we finally have a solid look at some gameplay courtesy of the folks at IGN...

Pretty great eh? Really digging that music. Looks like more of the same great action and story with even more of those wonderful toys. The story, I'm sure, will be great as it's once again being handled by the amazing Paul Dini. Kevin Conroy and Mark Hamill are back as Bats and The Joker respectively and we can expect lots of other villains, who were only alluded to in the first game, such as Two-Face and Catwoman who we see in the trailer. The gameplay is to be stepped up quite a bit as well. I'm especially excited for the new and improved glide mode, that will take you all around the open Gotham City. 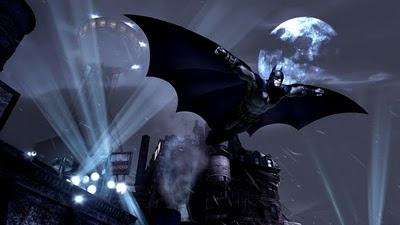 I've heard that the game will be slightly sandbox. It was compared to "Assassins Creed II" in terms of size which sounds great to me. The length of game was also announced as being around 8 hours. Sounds a little quick but Rocksteady Games stated that you would need to be a "ninja" to complete it that fast, and it would a be a straight linear run with no dilly dallying or side missions. Still sounds a little sparse especially given that I spent near 40 hours on "Mass Effect 2," but we'll see when it comes out this October. My copy will be pre-ordered. 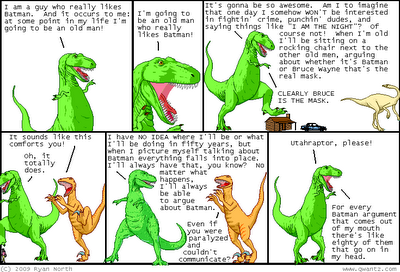