Is 'Blacktino' The Next 'Superbad'??? 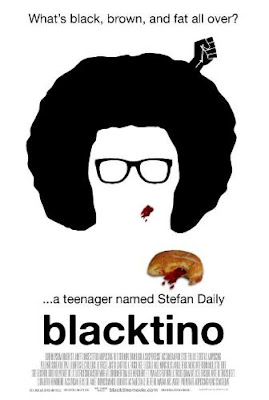 I got hit up with a ton of emails asking me if I had seen this trailer, and then I saw that my boy Cal posted about it at The Cave of Cool. As soon as I got in, I had to give it a gander. Here it is...


Wow... I am in. I love the teenage era comedies that are in the vein of 'Juno', 'Napoleon Dynamite' & 'Superbad', and this looks like one of those types of films. A half black, half Spanish theater geek that is going through the awkward years of High School? Yes please!!! Count me in.

The young man that stars in the film as 'Stefan Daily', Austin Marshall, is a newcomer that bears a striking resemblance to first time director Aaron Burns. Burns was a visual effects artist on the 'Grindhouse' double feature, so he comes from good film making stock (Tarantino & Rodriguez are OK... lol). That also explains why 'Blacktino' is the talk of the upcoming SXSW Film Festival, given Robert Rodriguez's connection to the Austin festival. I am really looking forward to this one. I might even have to check the torrent sites after the March 11th premiere at SXSW to get this one early (what... you want me to lie?).

Here is the official synopsis, according to the movies website:


'Blacktino' is a dark teen comedy about an overweight half-black, half-latino nerd named Stefan Daily. He was raised by his black grandmother in a medium sized suburb of Austin, TX. Struggling to find his place in a mostly white high school, Stefan finds sanctuary among the eclectic mix of social outcasts in the school's Theatre Department. In the tradition of the great teen comedies of the last thirty years 'Blacktino' will ensure that the torch of teen angst continues to burn bright.

What do you guys think? Do you want to see this movie? Do you think it holds a candle to films like 'Superbad', 'Juno' or 'Napoleon Dynamite'? Tell us in the comment section below.


***Bonus***
Check out this great second movie poster that draws its meaning from Stefan's half black, half Hispanic heritage... very funny stuff. Enjoy!!! 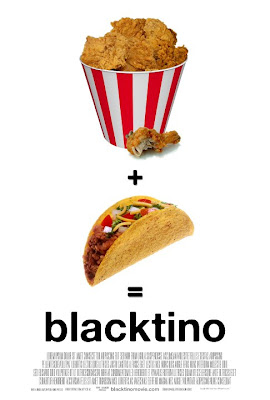