This Is A Sci-Fi Double Feature I Want To See 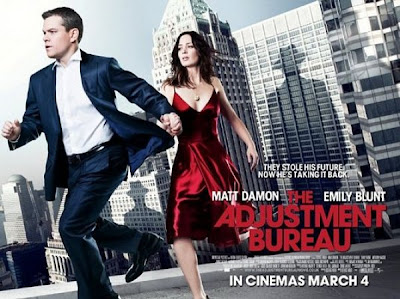 First up, we got the a longtime Hollywood screenwritier (Oceans 12, The Bourne Ultimatum, The Sentinel) named George Nolfi stepping behind the camera... and not only is that a huge enough challenge, he decided to adapt a story of the Godfather of Sci-Fi, Phillip K Dick. Now that's pressure. Good thing he has former Bourne collaborator Matt Damon and the always gorgeous Emily Blunt, as well as Terrance Stamp & Daniel Dae Kim (Jin from Lost) to help out. This ones called The Adjustment Bureau, and here is the trailer: 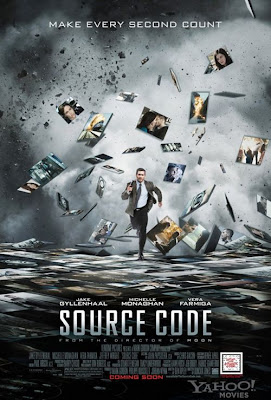 Next, we got the second offering from Duncan Jones. Following up his wildly successful first film Moon (Sam Rockwell is so wonderful), Jones takes a shot with a bigger budget and an even more ambitious cast in Source Code. Lets see if Mr. Gyllenhal can do as good a job as Rockwell did for Mr. Jones, who just so happens to be the son of David Bowie and is well on his way towards a successful movie making career. Here is the trailer...

So what do you guys think? Do you want to see any of these, or neither... let me know in the comment section below.
Posted by Mike D. at 4:54 AM