The Skelton Crew Studio Guys Are At It Again

You guys may remember the cool ass guys from Skelton Crew Studios who we met way back at the 2010 NYC Comic Con... they were the guys responsible for all those scale replica weapons that blew our minds (click here to refresh you memory.) Anyway, it's a new year... and the Skelton Crew is starting it off right. 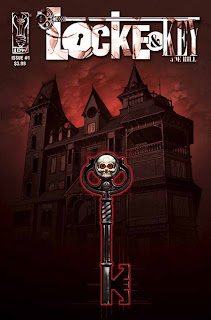 Their newest item is a replica of the Anywhere Key from the awesome "Locke & Key" comic book series. Skelton Crew was hand picked by writer Joe Hill (son of Stephen King) & artist Gabriel Rodriguez to produce replicas of the crazy keys that open all the doors of the spooky Keyhouse mansion. These keys are spectacular, and the series "Locke & Key" ma be one of the best series being published right now. If you are not reading it, I suggest you start. The phenomenal book is also being converted to a TV show for Fox in 2011 by Lost and the Star Trek reboot producer's Alex Kurtzman & Roberto Orci... so that should cause a huge surge in popularity of the original comic (it worked for The Walking Dead... hey, whatever gets the comics read by the masses!!!) 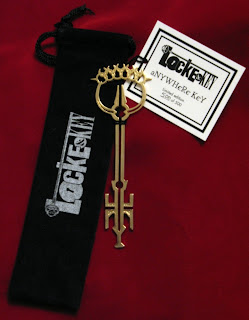 While you have some time before seeing a "Locke & Key" TV series, you can not sleep on the newly released Anywhere Key. The Skelton Crew only made 500 of these puppies, and if you order before Jan 15th, 2011 yours will come with a tag autographed by the original comic book artist Gabriel Rodriguez... wow!!! All that for 20 bucks.... now thats a deal. You can also purchase other keys such as the Legacy Edition Ghost Key and Head Key on their site by clicking here. Tell Israel that CCD sent ya.... now get to it!!! 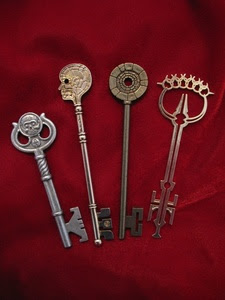