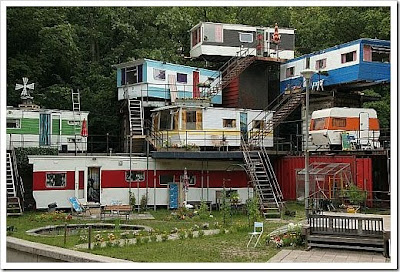 Well lookie here...It’s The Green Hornet trailer! Oh no! Who’s that playing The Green Hornet? Seth Rogen, you say?!? Yea, I didn’t really know what to make of that news when I first heard it either. And watching the trailer now, I still have little doubt that Rogen could successfully pull this off as convincingly as say, Robert Downey Jr. playing Tony Stark (yea so what, I'm shooting high). Although, there is an interesting supporting line up here. That could possibly make The Green Hornet worth a viewing.


I do like Rogen. I even don’t mind all his distracting little baby teeth that he’s got poppin’ outta his front window. It gives him character. But having Rogen play a crime fighter? I really just can’t make that adjustment. I will be honest. I know very little about the history of the Green Hornet. And usually I don’t like to critique something that I don’t know much about. But then I said to myself, it is my job here to critique and if I were to look at this as if it were just your regular, average movie trailer, I still can’t help but get the douche chills when watching him sitting in The Black Beauty, blasting away at the street cameras taking pictures of them running red lights. Shooting himself in the face with a gas gun. Watching him limp-kick away at bad guys. If the trailer is making me this gassy, I can’t imagine what 90 minutes of this will do to me. And it ain’t Rogen’s fault. That’s just what happens when you have a shitty casting director. And Hollywood needs to cut it out with these superhero movies already. They’re just getting terrible. Dark Knight & Iron Man proved that you can still make a great comic book/ superhero movie that appeals to both adults and children without being over the top ridiculous or a flat, cheesy cornfest. Judging by its trailer, The Green Hornet just doesn’t look like it’s going to be one of them.